On Sunday February 3, 2019, during Cavaliada in Lublin, we have titled stallion FARMER sp (by Rovetto old. – Feola sp / Lavendel KWPN, breeder and owner: SK Nowielice) as the Best Polish Bred Horse. He and his rider Jan Bobik took sixth place during the Big Round competition counted to Longines Rankings. Out of all polish bred horses the couple took the highest amount of points to LR. 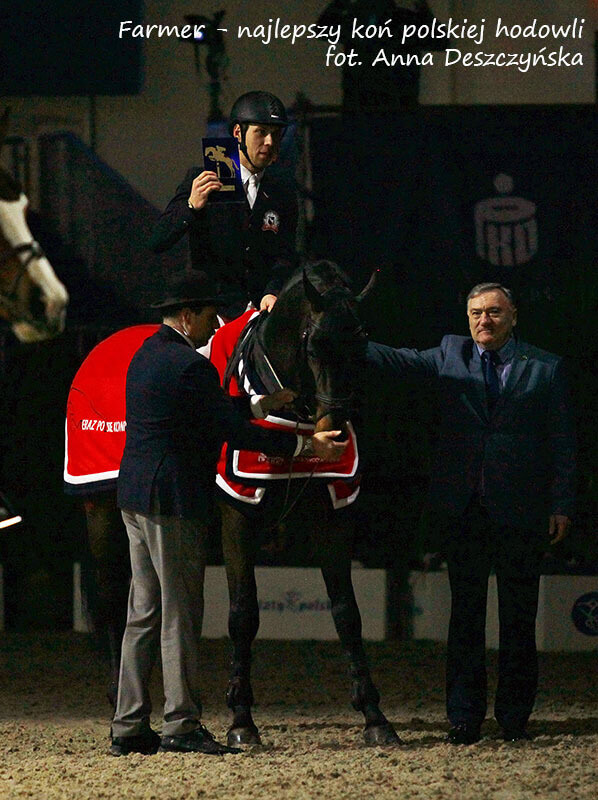 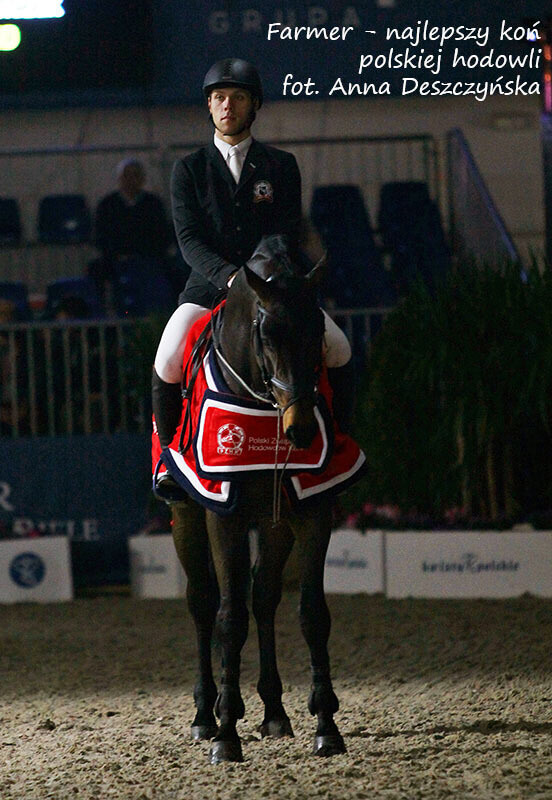 Polish bred horses have showed their competence with their sucesses in almost every competition.

A whole bunch of positive emotions could be felt during the third stage of Polish Indoor Cup Driving Four-in-Hand. The contestants would start in the reverse order to places won in Poznań. The winner was Piotr Mazurek from SJ Sokół Kunowo, driving his four sp breed horses: PELOPONEZ, BLIZARD, JASMINIA and INWENCJA. This win boosted him to second place in the HPPP (Polish Indoor Cup Driving Four-in-Hand) ranking. 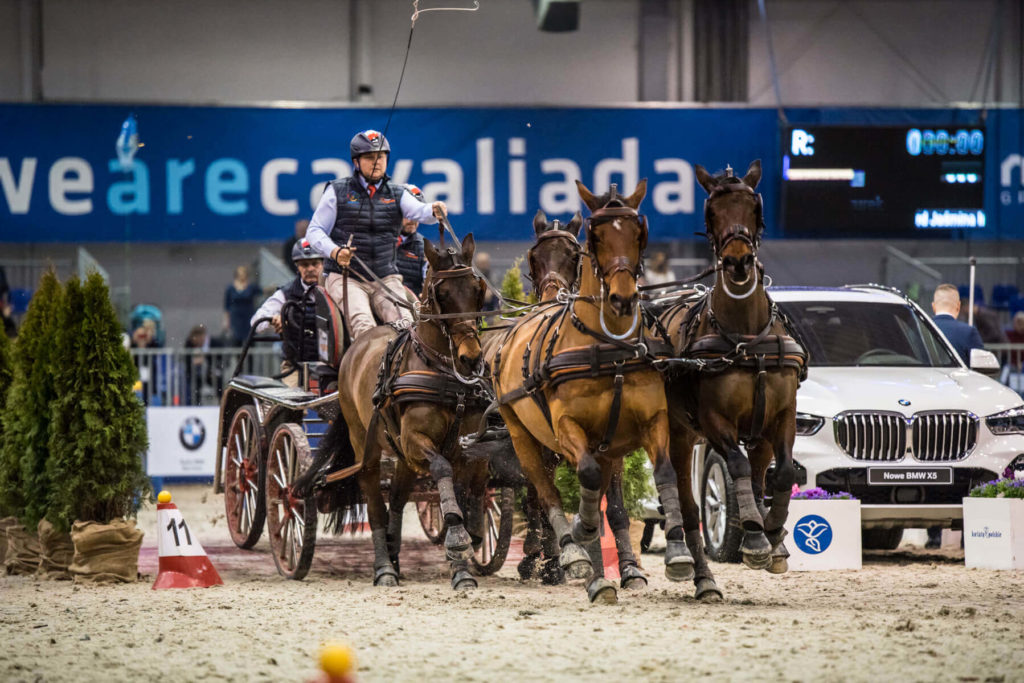 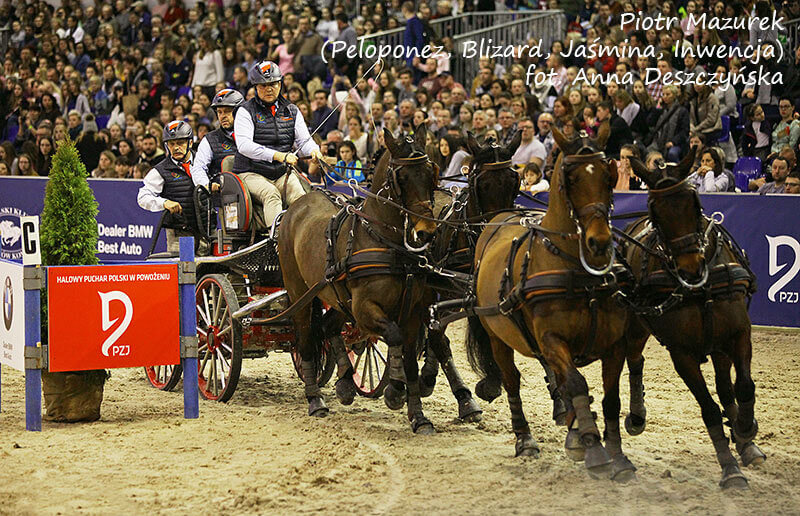 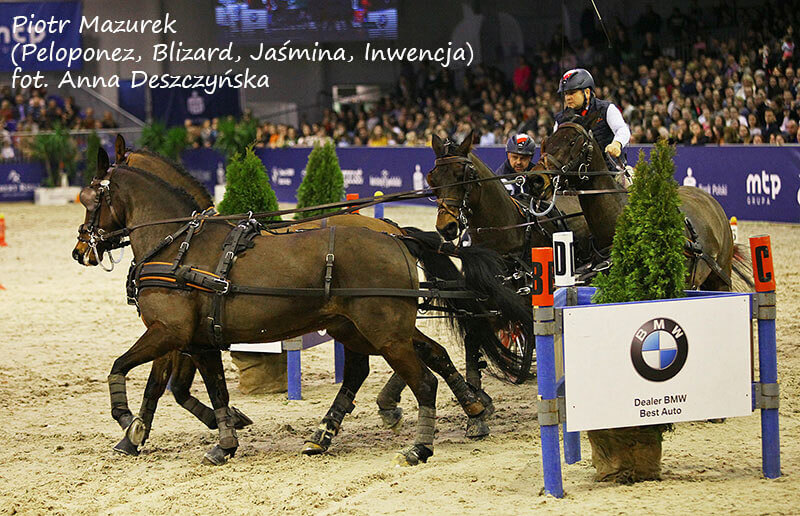 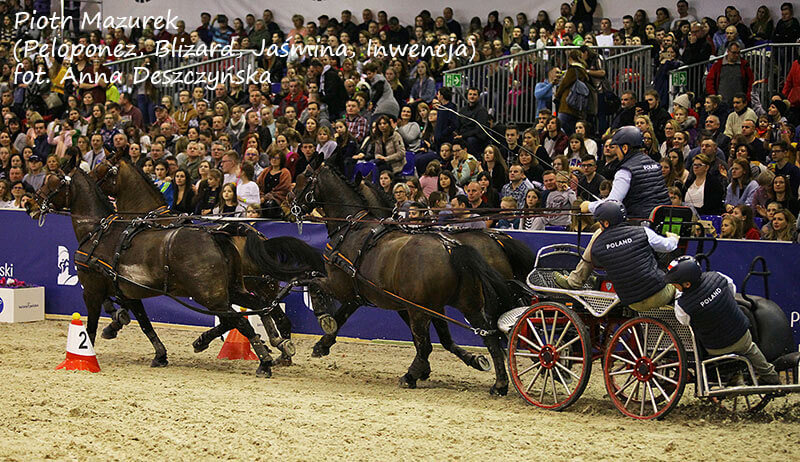 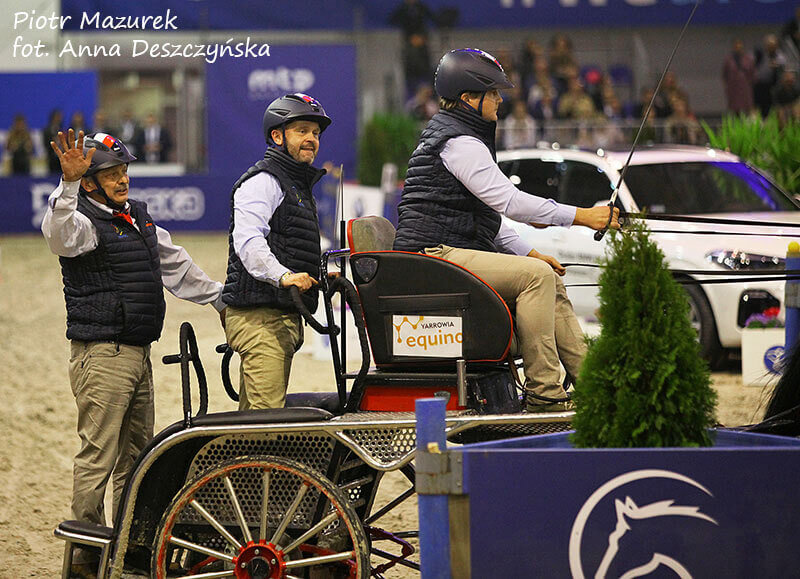 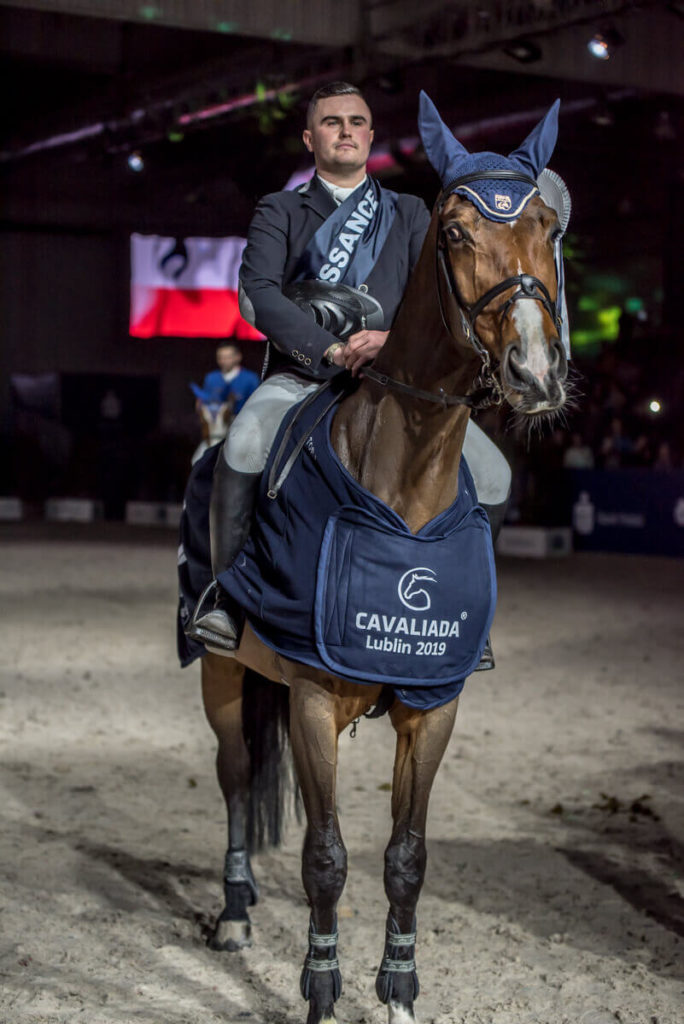 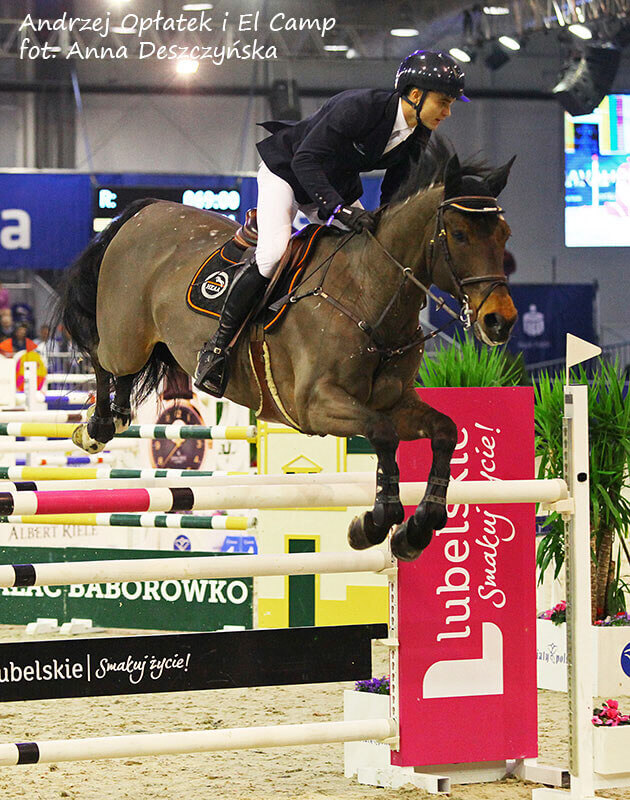 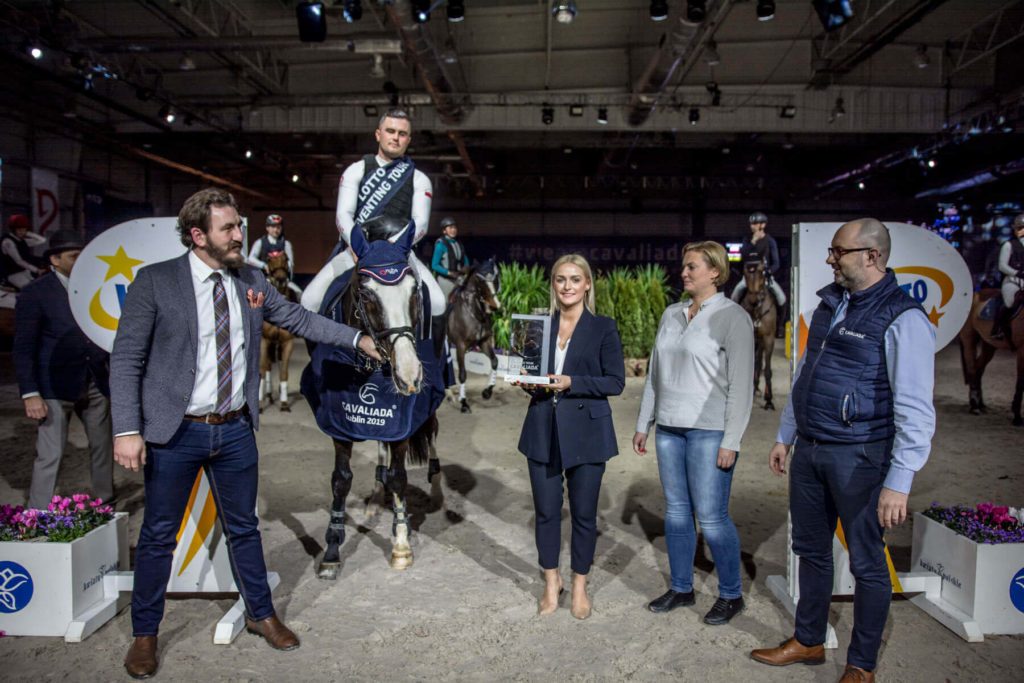 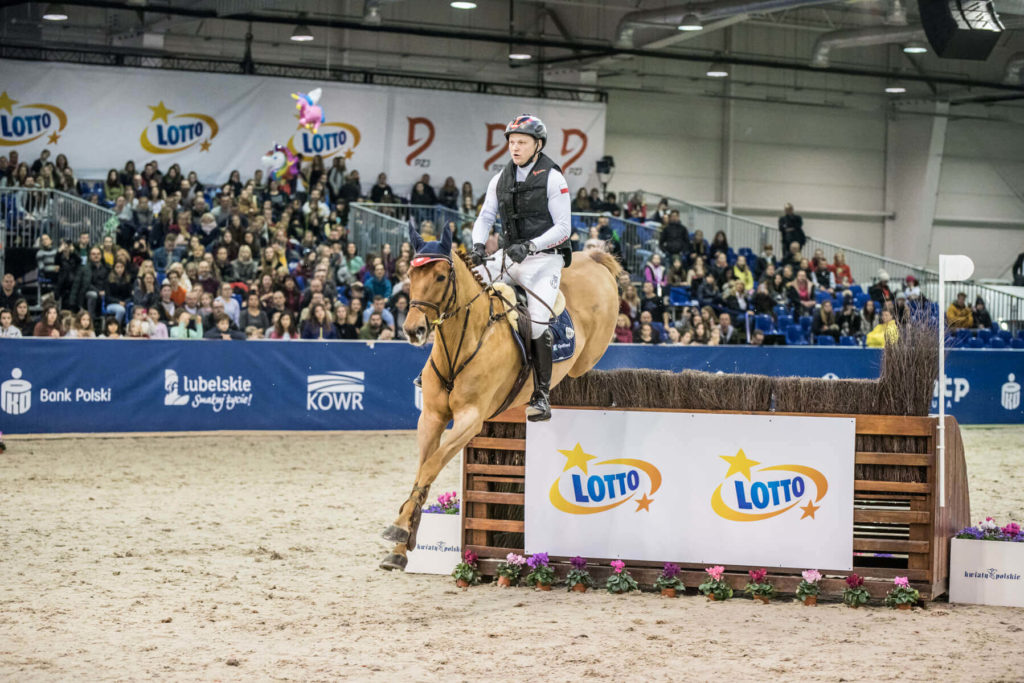 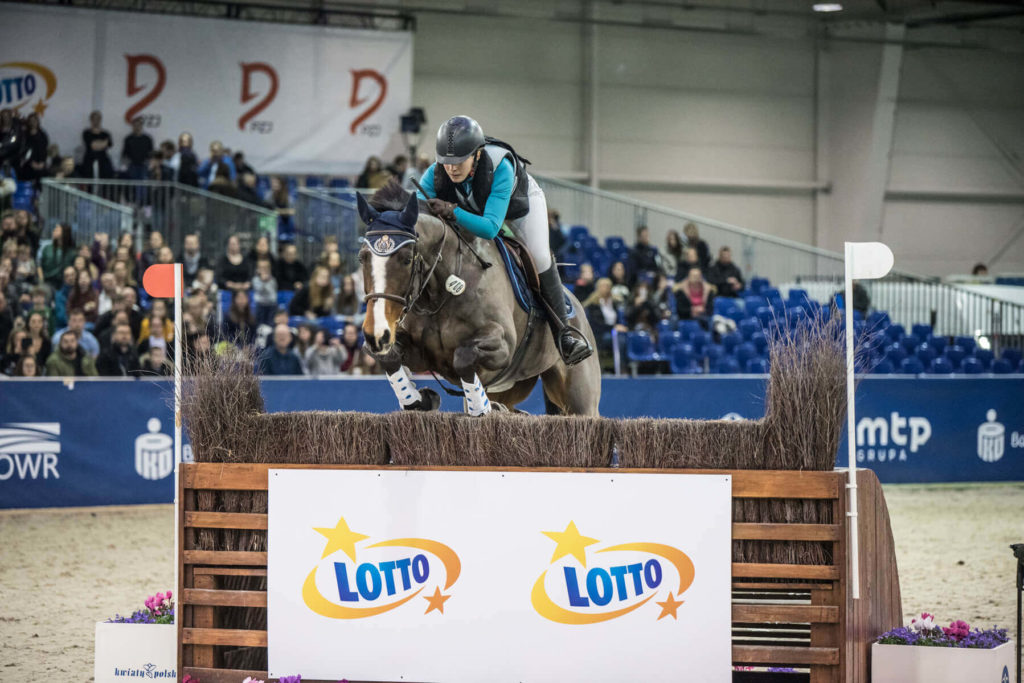 The evening ended for Dominik Słodczyk with an excellent ride in Speed & Music competition. Riding Drako he was not only fast but also very precise, which gave him the win.

After the second stage of Polish Indoor Cup Driving Four-in-Hand, the lead in this years ranking was taken by Bartłomiej Kwiatek and silesian horses: AROMAT, RENESANS, BAZYLI and PASSAT.

Second with a slight time difference was Piotr Mazurek, who placed second in the ranking with two points less than the leader. 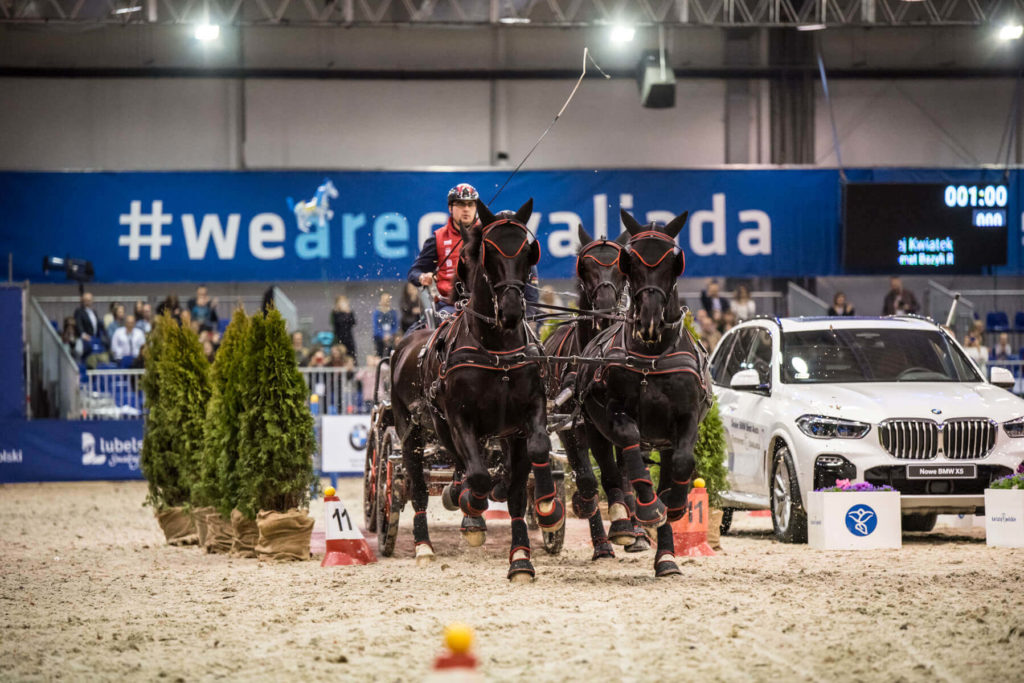 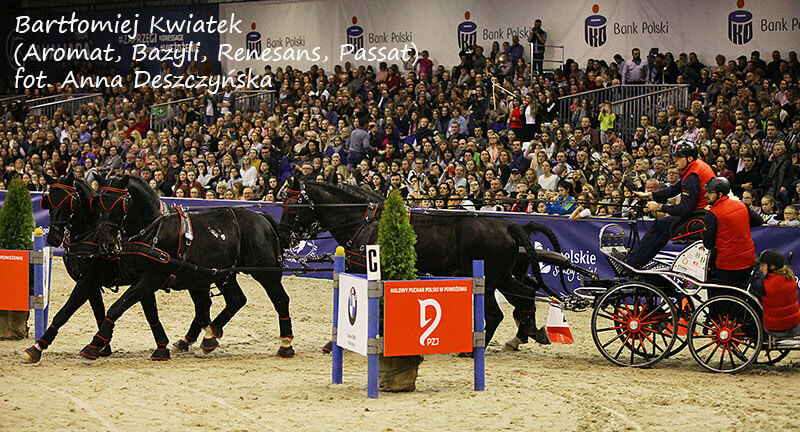 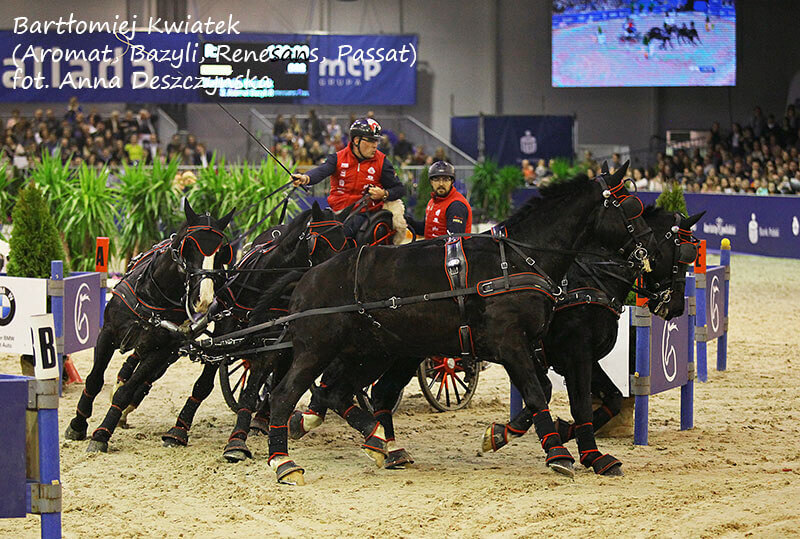 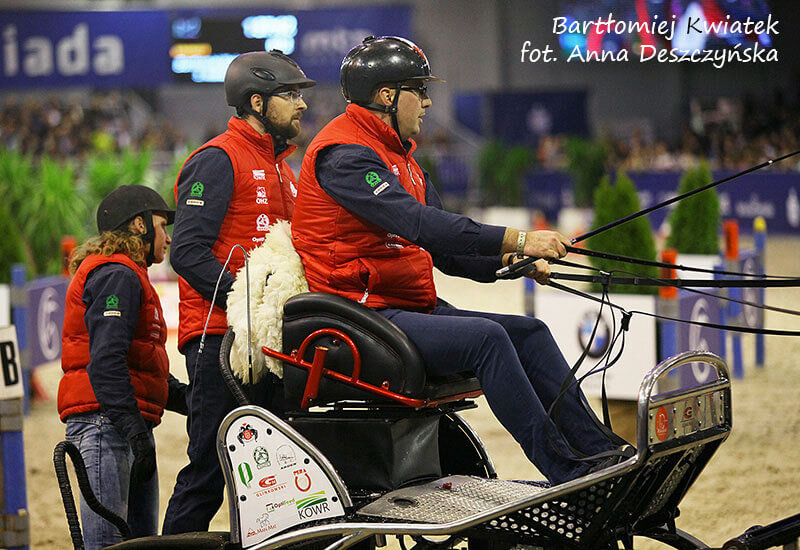 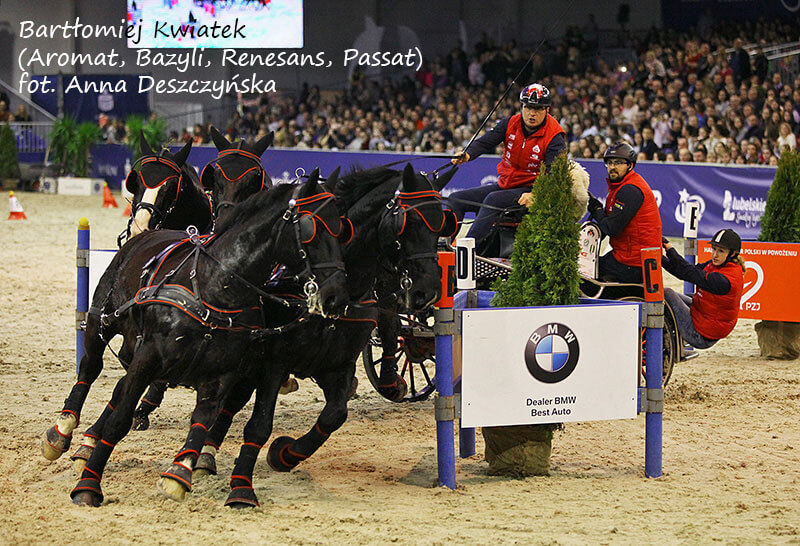 Fourteen years old Maja Marchwicka riding gelding Szafir M (sp) won the Small Round competition. The couple have finished the second stage of the competition at 22.75 seconds with a clear round.

In about a month we will see each other on Cavaliada in Krakow, hoping to see even more successes of polish bred horses.